An Interview with Mbinqo-Gigaba: Public Participation Processes for the BELA Bill 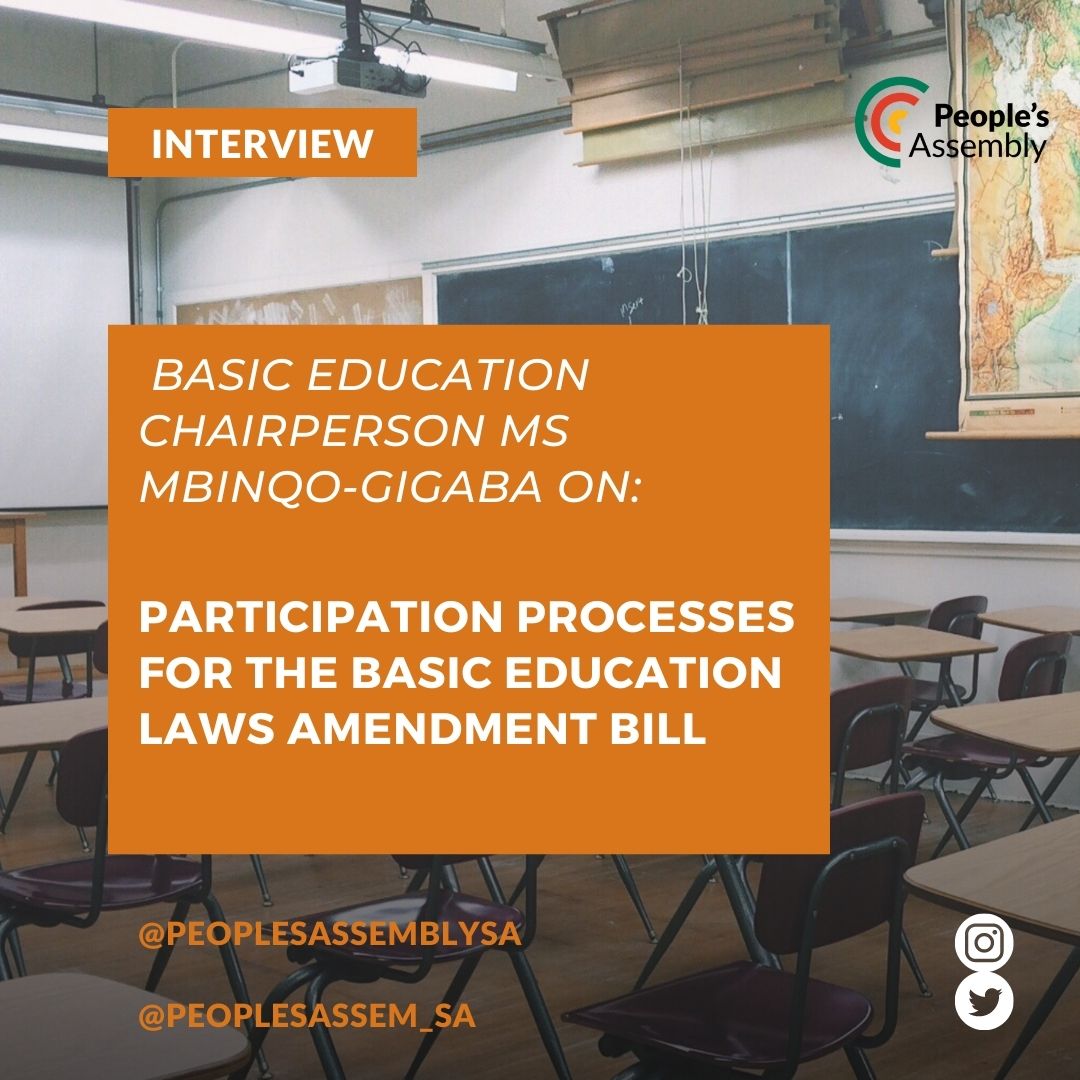 1.Does the Committee intend conducting provincial public hearings on the bill?

It is a Constitutional imperative that Parliament seeks public input when it deals with legislation, whether it is new Bills or amending existing Bills. The committee will therefore follow the example of all committees and conduct public hearings on the Bill to ensure that the views of all stakeholders are heard. The manner that these hearings will take has not be finalised (eg hybrid, physical or virtual).

2. Does the public have sufficient knowledge about the provisions in the bill? What can be done to make the public informed?

The committee has taken all possible steps within its power to ensure that the advert on the Bill is published in the media. Furthermore, the Bill is shared on Parliament’s website and all other platforms. It is also the responsibility of public representatives to inform and educate the public about the amendments. The committee has made all our regular stakeholders aware that the Bill is now open for public comment.

3. What are the main sticking points, where there is disagreement in the bill?

At this stage, it is not possible for the Committee to highlight any sticking points or areas of disagreement. The Committee recently called for public submissions on the Bill and has not engaged with the submissions. It is only when the committee engages on the written submissions and conducts oral hearings that such information becomes evident and available. The Committee noted media reports on the Bill, but does not wish to engage on it as it would pre-empt the work that the Committee is tasked with.

4. What question(s) would you like the public to answer to assist the Committee?