Tragedy struck in March this year when five-year-old Lumka Mketwa died after falling in a pit latrine at Luna Primary School in Bizana in the Eastern Cape. This came four years after another five-year-old, Michael Komape died, also in a pit toilet at his school in Limpopo.

In a victorious case brought by Equal Education, the Bhisho High Court in July 2018, removed the “lifetime indemnity” previously afforded to Basic Education Minister Angie Motshekga, protecting her from the legal consequences of not providing adequate education infrastructure.

The President has since launched a new Sanitation Appropriate for Education (SAFE) Initiative between the government and private sector, which aims to fast-track the eradication of pit toilets in the country’s schools.

In a joint meeting between Parliament's Water and Basic Education Portfolio Committees, DBE said of the country’s 23 334 active schools, no school was without any form of sanitation, but these are some of the numbers that came out of the audit:

In a parallel process the Water Research Commission (WRC), wanting to understand why school sanitation was failing in rural areas, visited 130 schools in KZN, the Eastern Cape and Limpopo to assess sanitation focussing on safety, health and dignity. Some of their findings showed:

The presentation by WRC had a strong focus on an integrated management system that talked to the science behind new latrine technologies; the management of current and future infrastructure; and user education. 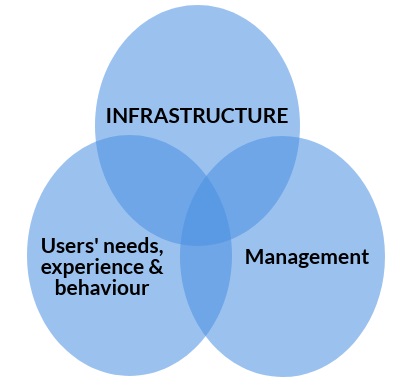 As an example the WRC showed the Committee how some fairly new facilities have deteriorated, because of a lack of proper technological support structures and management:

The Department had undertaken to have all pit latrines demolished by the end of the 2019/20 financial year.