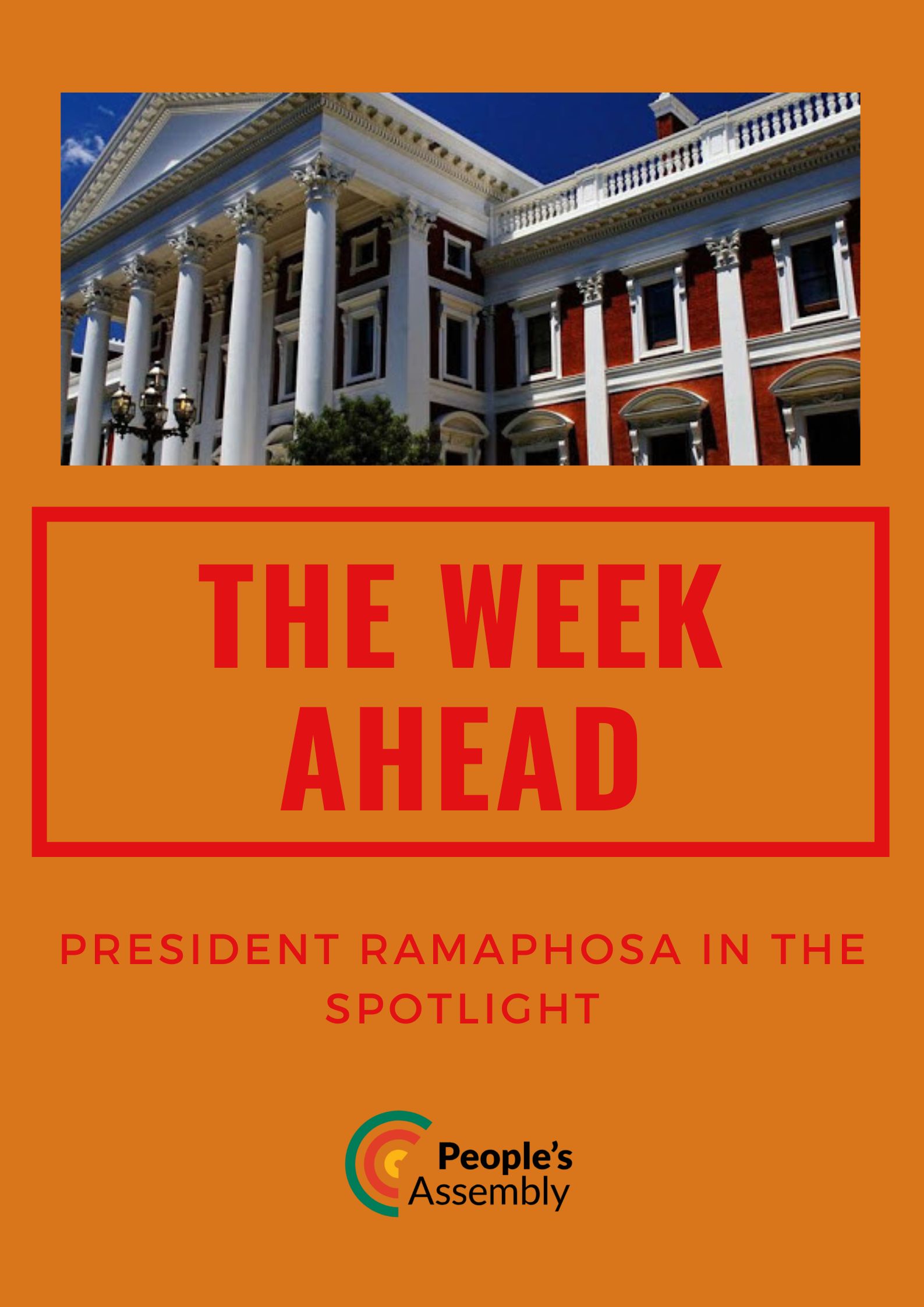 Parliament is winding down and there is a busy week scheduled in the main chambers and committee corridor.

But everything will be overshadowed by the decision of the independent panel, which has to determine whether President Ramaphosa has a prima facie case to answer on Phala Phala. The Panel has until Wednesday to submit its report to the Speaker of the National Assembly. Originally, the panel was supposed to report back by 18 November but requested an extension due to the amount of work required, the availability of resources and the importance of the matter.

The NA Programming Committee has scheduled a plenary for 6 December to consider the Section 89 Independent Panel Report. In the event the Assembly resolves that a Section 89(1) enquiry be proceeded with, the matter must be referred to an Impeachment Committee to investigate.

This is the first time Parliament’s rules on the removal of a president are being tested. The stakes are high and the decision will have enormous political implications.

This is the background against which the President’s appearance in the NCOP – on Thursday - will take place.

Question Time is one of the ways in which Parliament holds the President accountable. It is also an opportunity for legislators to interact directly with the President.

The questions cover a range of matters including the impact of loadshedding on service delivery, the rising cost of living, the extension of the social relief of distress grant, the filling of vacant key technical positions, the infiltration of SAPS in Western Cape and measures to remove interprovincial red tape.

Legislation is a major focus during Tuesday’s plenary sittings in both chambers. In the NA, lawmakers will consider the Rates and Monetary Amounts and Amendment of Revenue Laws Bill , Taxation Laws Amendment Bill, Tax Administration Laws Amendment Bill and the Protection of Constitutional Democracy against Terrorist and Related Activities Amendment Bill. Meanwhile, the NCOP will consider the Electoral Amendment Bill, which Parliament is under pressure to pass before the December 10 deadline. On the same day, delegates will hold a debate on the “Creation of provincial and municipal owned-construction companies to eradicate infrastructure backlog and abolish tenders.”

Every year, from 25 November to 10 December, South Africans observe 16 Days of Activism for No Violence against Women and Children.

In a statement released last Friday, the presiding officers said: “Parliament’s recent hosting of Men’s Parliament (a platform created for men to discuss their role, with a particular focus on the prevention of GBV and femicide and other social ills) is one of the deliberate indicators of the seriousness with which Parliament takes the scourge and the spotlight it continues to shine on it. Parliament continues to ensure the provision of national forums for public consideration of issues of national importance. Violence against women and children has featured in several debates in the National Assembly and the National Council of Provinces since the start of the sixth administration. Oversight Committees of Parliament continue to be instrumental in holding responsible entities and persons to account to intensify the battle against the violations of rights of women and children. However, more needs to be done to eliminate GBV, which continues to tarnish our constitutional democracy and undermines our democratic gains”.

In line with this, the National Assembly will hold a debate on Wednesday to mark the occasion under the theme Empowering women to build resilience against Gender-Based Violence and Femicide.

On Thursday, the National Assembly will conclude its processing of the mini-budget. MPs will consider the Medium-Term Budget Policy Statement, the Adjustments Appropriation Bill and accompanying votes and schedules. In addition, they will also consider the Special Appropriation Bill. Another highlight on the agenda is the debate to mark World Aids Day.

The week wraps up with the latest NCOP Women's Charter for Accelerated Development Report Back Session in KwaZulu-Natal on Friday.

There are many important meetings scheduled in Committee-land. Here is a rundown of the highlights:

Portfolio Committee on Trade and Industry, (National Assembly), [Engagement with the DTIC and stakeholders on the implementation of the South African Poultry Sector Master Plan], Virtual Meeting Platform, 09:00-12:00

Portfolio Committee on Agriculture, Land Reform and Rural Development, (National Assembly), [Briefing by the Minister on matters relating to the Ingonyama Trust Board (ITB) as well as the finalisation of the labour tenants’ application and the role of the Special Master of Labour Tenants], Virtual Meeting Platform, 09:00-13:00

Portfolio Committee on Women, Youth and Persons with Disabilities, (National Assembly), [Deliberations on the correspondence received from the Parliament Bill’s Office and the Office of the State Law Adviser with regards to the certification of the National Council on Gender Based Violence and Femicide Bill], Virtual Meeting Platform, 09:30-13:00

Select Committee on Land Reform, Environment, Mineral Resources and Energy, (National Council of Provinces), [The implementation of DMR regulations in terms of municipalities in good standing procuring its own electricity supply as per the IRP, with specific reference to solar energy units within Northern Cape municipalities], Virtual Meeting Platform, 10:00-13:00

Select Committee on Public Enterprises and Communication, (National Council of Provinces), [Briefing by the Department of Communication and Digital Technologies on the availability of the spectrum and the impact thereof on reducing the costs to communicate], Virtual Meeting Platform, 10:00-13:30

Committees provide a platform for the public to present views directly to MPs. Share your thoughts, on-the-ground experience and expert information with the relevant committees. Critically, what questions should MPs pose to the Executive as they conduct their oversight work? Write to a Parliamentary Committee