Get To Know MP Brett Herron 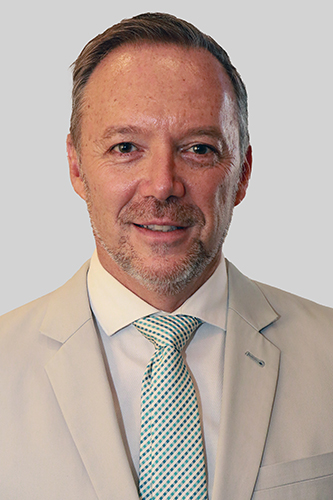 1.How did you come to join your political party and become an MP?

My journey back into politics, after being involved in student politics, is unexpected. After finishing university, which coincided with the release of Madiba and the unbanning of the ANC, I had little involvement in party politics and was focused on my career and profession – in law. In 2007 I read Andrew Feinstein’s book “After the Party” – about the arms deal – and I was so shocked by the details he described that I decided I had to get involved or leave – I couldn’t stand by and let our dream of a democracy that was redistributive and justice based be destroyed by selfish people. I then got involved with the Independent Democrats. We ultimately merged with the Democratic Alliance. That merger was based on an agreement to champion 4 key missions: delivery, diversity, reconciliation and redress.

I served as a DA MMC in the City of Cape Town from 2011 to 2018. By 2018 it became clear that the leadership of the DA was reneging on their promises and that they had no appetite to implement redress projects and no appetite to address spatial injustice. This was the trigger for me to leave that merger. Together with Patricia De Lille and a number of other people we went on to form GOOD – based on spatial justice, social justice, economic justice and environmental justice. We contested the 2019 elections as a 3 month old party and managed to be elected in the national assembly and the Western Cape Provincial Legislature.

2.What is one goal that you would like to achieve during your time as an MP?

I would like to see the most basic needs of every human being, our section 27 rights to adequate food, water, social security, being provided for. No adult human being can live in our society without any access to an income. It is not possible to live without any income. While our economy is unable to generate sufficient new jobs to absorb people into the labour market and to provide them with an income there is a duty on the state to do so. It is a right not a gift. There are millions of adult South Africans who wake up every day with nothing to do and nothing to eat. This is not acceptable. We need a basic income guarantee or grant to provide an income. This does not mean we give up on growing a job-generating economy but it does mean that people are not forced to eat sand or slaughter cats and dogs to eat – which is a reality.

It involves servicing communities who reach out for help, holding our executive to account through questions, directing policy and legislation through the committee system and driving the mandate that we received from our voters. GOOD voters voted for spatial, social, economic and environmental justice. It is my obligation to those voters to represent those values and policy positions in the business of parliament and government.

My constituency office is in George, Western Cape, but I serve the whole of South Africa since we only have two seats, in this term, in parliament. I am mostly involved in housing issues in George. There are massive complications with the transfer of title to housing beneficiaries and then houses that are tied up in deceased estates where families do not have the means to wind up the estate properly or to afford the transfer costs of lawfully transferring these properties. Water and service disconnections are also a widely spread problem and there is an unacceptable attitude, prevalent in municipalities, that basic services are revenue generating opportunities. Water, sanitation and electricity are basic services – they should not be so unaffordable that people are unable to access them.

5.How do you think Parliament can drive more public participation in policy, legislation and voting?

Clearly the starting point is for parliamentarians and politicians to earn the trust of the voters and communities. Interest in public participation processes is waning because there is a trust deficit between politicians and communities. Communities are also more likely to participate if they could see that their inputs were considered and could effect change. These processes are increasingly, and not incorrectly, regarded as “tick-box” exercises.

6.What are you passionate about, both professionally and personally?

The root of so many of our challenges, and so many of the disadvantages that the majority of our people endure, is the spatial logic of apartheid. Spatial inequality and exclusion has created suburbs of services, amenities and opportunities and vast areas of deprivation. That has never been addressed either through programmes to ensure spatial integration through affordable housing projects in the right places or through addressing the built environment inequalities and discrepancies in those apartheid suburbs used to dump people under the Group Areas Act. For as long as the inequalities persist, and they originate spatially and present spatially, socially and economically, we will never achieve a just and equitable South Africa. Our social and economic stability and sustainability depends on us addressing the original sin: physical segregation based on skin colour. This segregation persists today and is being perpetuated through an ill-conceived and totally inadequate public housing programme.

Access to a basic income. Access to food and food insecurity. Gangsterism and the destruction of communities by organised crime. Gender inequality and gender based violence.

Not really. The Westminster Parliamentary system does not allow for sufficient interrogation of executive decisions and answers to parliamentary questions. Its all so tightly managed and packaged that it is more theatre than accountability. The debate between members and the executive needs to be changed so that there can be more hearings about major issues and events where members can properly interrogate in the detail required.

To continue to outperform our size and to continue championing the issues that will lead to a just and equitable South Africa and to defeat those who hold us back allowing inequalities, poverty and exclusion to prevail.

The Westminster style rules of order need to be updated to provide for greater and more in depth interrogation of executive decision making. Currently the system does not allow for matters of national importance to be fully ventilated.