Get To Know Noko Masipa 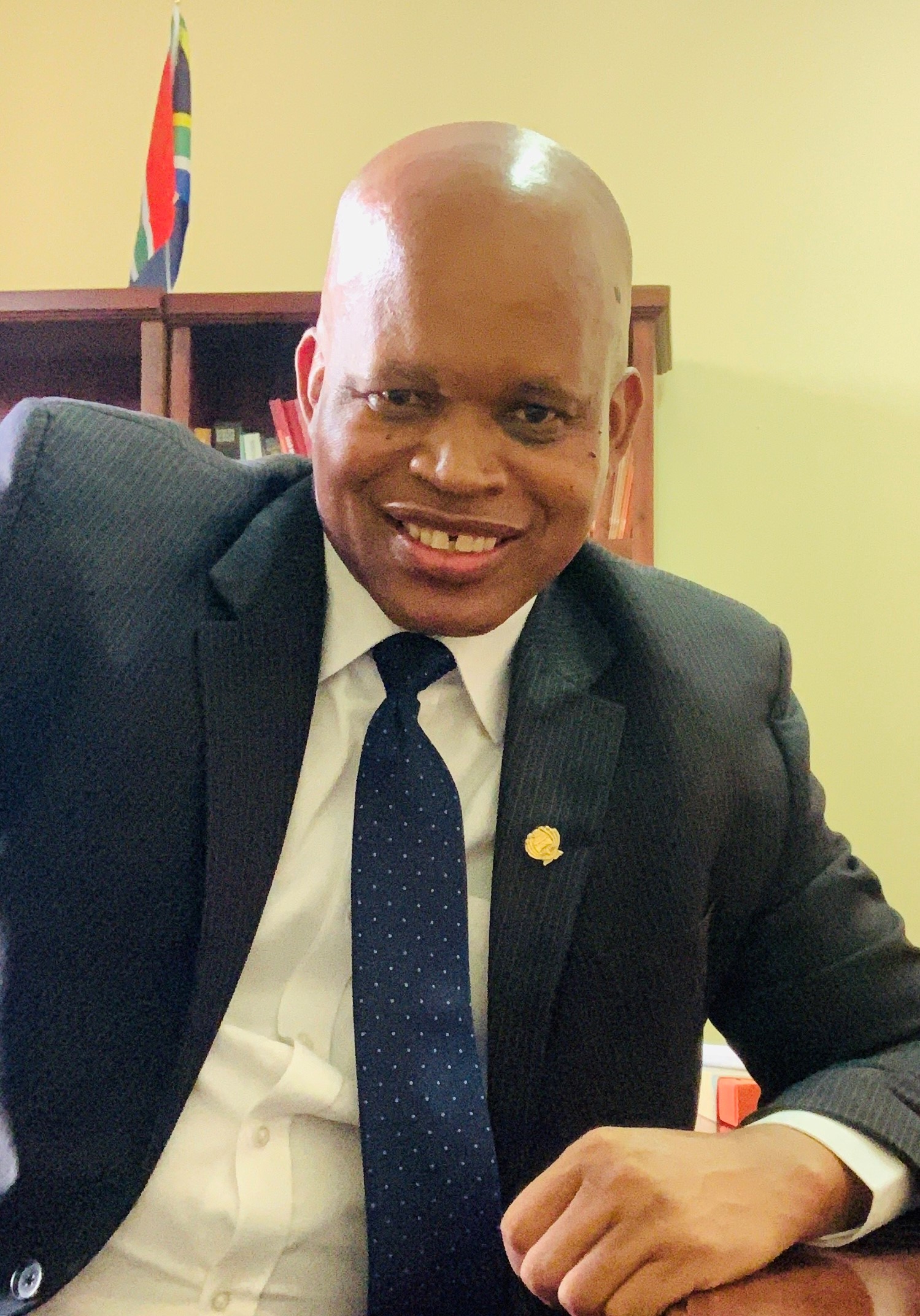 I joined the Democratic Alliance through a recommendation that was made to the Leader of the Party at the time from certain members of the agricultural sector because of my background knowledge of working in agriculture. It was easy because my whole family was already voting for the Democratic Alliance including my brother’s family residing in Limpopo. Already, I was advocating for Democratic Alliance policies and service delivery records. It was very difficult to say no, even though I wanted to.

Political Background: I was very briefly active in politics during my tertiary education. I became part of the first batch of students to break ranks from the traditions of using the college’s recognized student representative and collaborated with NEHAWU during its infancy to deal with labour matters that were affecting mostly vulnerable workers in the hospital. My activist role has always been concerned with the vulnerable.

I was an active member of the Black Management Forum in the province. We had a keen interest in the promotion of management and leadership development to ensure that there is enough talent pipeline to transform the business and the economy. Because we believe it is in the interest of the well-being of every business in the country. I am a proud beneficiary of some of those leadership development programmes.

The country is experiencing many crises in various areas including energy, road infrastructure, and municipalities. To focus on one goal is simply impossible because the system is interlinked and broken. The problem is, however, implementation of plans to address these serious concerns.

The lack of implementation and corruption or self-enrichment are destroying the government service delivery system. My vision is to ensure that the agriculture State-owned enterprises (SOE) are working effectively to support farmers and agribusinesses. These institutions are the bedrock of effective agriculture transformation and food security. If these institutions are not functional, effective transformation is not going to happen.

These SOE enterprises need to be free from corruption and political interference in order to serve farmers well. They are reliant on sound infrastructures and functioning municipalities to carry out their mandate.

Ultimately, fixing the Land Bank, Agricultural Research Council, Onderstepoort Biological Products and Agricultural Colleges rank very high on the list of things Parliament must fix to ensure food security and successful transformation of the sector. Successful agricultural land reform depends on strong institutions that support farmers on and off the farm.

My job as an MP includes participating in the oversight duties that are taking place in the house through various established committees, budget (plenary) debates and other debates of national importance, proposing motions, members' statements and public participation. Further duties include participating in the portfolio committee oversight and study tours undertaken by the committee to help identify the gaps in the existing legislation. Personally, I undertake oversights in agriculture and land reform projects.

I also have constituency work that the party has allocated me. This work is done on Mondays and Fridays.

There is just not enough time to do proper oversight and party work. We have too many recesses and holidays as parliamentarians. Surely, during the crisis, we need to reconvene Parliament but that is not happening. We need more times to fix the country and do proper oversight.

My constituency is N2 Khayelitsha 1. My constituency work includes conducting regular oversight because the environment is faced with many socio-economic challenges including poverty. I also conduct public engagements. Furthermore, I engage government institutions to address service delivery issues being raised during community engagements. The channels of addressing the service delivery issues including through government officials, municipal political executives, and provincial and national ministers. Other duties in the constituency include working with councillors to establish party branches, growing the branch membership, ensuring party visibility and advocating for the values and principles of the party to the community.

Already, with limited time, the members of parliament are fully engaged with communities through public hearings and oversight. I think the question is whether Parliament staff is doing enough to educate the masses about Parliament because our public hearings highlight that most politically engaged persons are aware of how the parliament systems work. In many cases, party members are the ones who participate in these public hearing activities. We do not hear enough voices that are not politically active.

As Members of Parliament, we should be agitated and educate our people about how parliament works. It cannot be right that people still vote for a certain party because they fear that their social grants shall be taken away if they don’t vote for them. These are serious problems in rural areas. Parliament staff must educate people about their rights to participate in parliament work. It is not only reserved for politically affiliated people.

I am passionate about financial inclusion in the agriculture and SMME sector. Thriving agriculture and SMMEs are crucial for economic growth. We need financial systems that are sensitive to these sectors. Soft loans and a conducive environment which include policy certainty are very important to ensure an inclusive economy.

Throughout my career, I have always been interested in legislation that addresses the issues of transformation in the financial sector. Of specific importance are the laws and systems in place to address inclusivity of financial access for the SMME, credit protection and land reform. I headed up a credit centre where we improved access to credit by black small businesses and advocated for the establishment of small business centres in the townships.

The country lacks proper development financial instruments to assist emerging black farmers. The proposed blended finance in 1998 didn’t work because government made announcements without proper systems and policies in place to support the programme. Government has failed to leverage its financial resources through public-private partnerships to bring more farms into production. Soon, there is a possibility of unfunded mandates because the purse is shrinking while the demand is rising.

I don’t think Parliament is doing a great job. The problem we have is the ANC’s abuse of its majority in Parliament. This has led the members of the party to blindly support the Executive despite being on the wrong side of the law. ANC MPs have consistently used their majority in Parliament to shield their ministers from being held accountable. This was very clear during the past term of Parliament and was raised by the Zondo Commission. It is still continuing, and no lessons have been learnt. MPs must introduce Private Members Bills to address some of the prevailing gaps in the system of holding the executive to account. It cannot be business as usual.

The Democratic Alliance always strive to represent South Africans well at all times. We do this by holding the Executive to account even when it is not fashionable to do so. We remain focused on utilizing the prevailing parliamentary mechanism, which include bringing Private Members Bills and important debates in the house in an attempt to end the sufferings of many South Africans. The DA’s focus is to ensure that we end corruption, we must end the cadre deployment and create a conducive environment and policy certainty for a well-functioning economy that can create more jobs to end joblessness and end hunger.

What has been very irritating in recent times has been the poor planning to conduct oversight work, especially when it involves travelling to communities for public participation. Despite finalizing plans for oversight, they are often cancelled on short notice. This has been very frustrating because it means you cannot plan any constituency work because the days you planned have to shift and make way for oversight and further you cannot replace those dates with cancelled days. Flights planned for Thursdays and Mondays also cut into time that should be spent on constituency work. This must be addressed with the programming committee because it does not affect MPs only, the communities are also affected by the poor arrangements of Parliament.

Find out more about Mr Masipa on his profile.