How has Parliament prepared itself for the upcoming Local Government Elections? 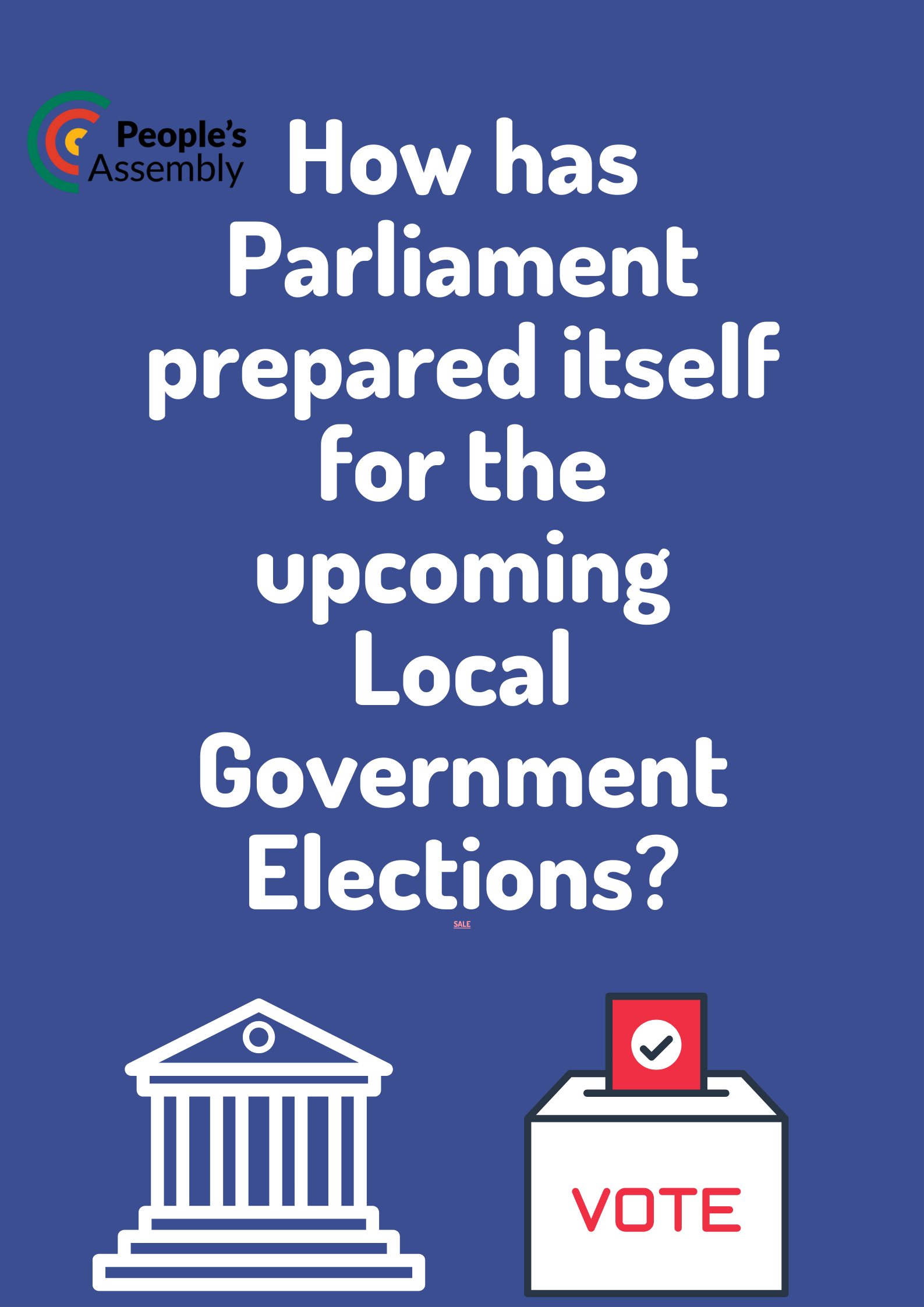 In the build up to an election, Parliament holds meetings with the relevant bodies to receive updates on the preparations for the elections. MPs also do their own work, or party work, ahead of voting day

MP Xola Nqola (ANC) says that MPs will convene voter education workshops which “help our communities to better find amicable solutions to their problems. MP's, as members representing political parties in Parliament, use this period to equally help their parties as they campaign towards an election, and be with and amongst the people”.

MP Tlhologelo Malatji (ANC) says that “Members during this period are expected to do door-to-door campaigning, attend rallies, blitzing and partake in many other programmes which would appeal to voters. This period also allows us as MPs to take stock of service delivery issues relating to our respective portfolios. Should there be issues tabled we are able to contact relevant executive authority.”

In this blog, we provide a summary of some of the activities that Parliament has conducted in preparation for the 2021 Local Government Elections (LGE).

The Portfolio Committee on Home Affairs met virtually with the Independent Electoral Commission (IEC) to receive a briefing on the implications of the Moseneke inquiry report.

The IEC had appointed the inquiry to assess the likelihood that LGE held in October would be free and fair. It reported that it had instituted the inquiry only after encountering irremediable disagreement among political parties. The inquiry had concluded that it was not reasonably possible or likely that local elections in October would be free and fair, as required by the Constitution. Although the elections were scheduled for a period in which low COVID-19 transmission was projected, the COVID-19 regulations had significantly restricted the ability of political parties to prepare for elections. The inquiry recommended postponing the elections until no later than February 2022, by which time the Department of Health was expected to have immunised more than 40 million people and to have achieved community immunity against COVID-19.

Implications of the Constitutional Court ruling not to postpone the LGE:

The Portfolio Committee on Home Affairs along with the Select Committee on Security and Justice held a briefing with the IEC on the implications of the Constitutional Court ruling not to postpone the LGE and its readiness for holding elections on the 1st of November 2021.

The IEC indicated that it had concluded consultations with role-players including political parties. The IEC had scheduled voter registration for 18 and 19 September 2021 which would take place in all regions of the country. It had also put in place risk and mitigation plans and had scheduled an extensive communication strategy to get the message out to the electorate. The IEC also produced an amended timetable that details all the activities to take place until the day of the election, and also published a list of the candidates contesting the election.

What are you doing in preparation for the elections? Let us know in the comments section.