"The Democratic Alliance is the only party that is fighting to build a capable state that provides fair opportunities in an economy where every citizen can prosper." 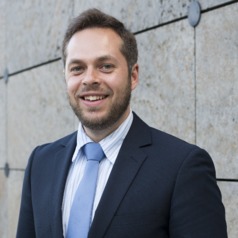 I obtained Bachelor's, BA Honours, and Master's degrees in political science from Stellenbosch, followed by a Ph.D. in political science from the Free University of Berlin in Germany. I have thus always had a big interest in understanding how politics shape the economy and society. After finishing my studies, I worked for Princeton University for four years researching governance innovations in developing countries across Africa and Asia. A key lesson I learnt is that the single most important factor in ensuring good governance is committed political leadership. Under the ANC, South Africa suffers from a huge deficit of political will and ethical leadership, and I felt duty-bound to contribute to the DA’s mission of building an alternative where all citizens have the opportunity to prosper.

The job has two main elements. The first is the work in the National Assembly, where I serve as the Democratic Alliance Shadow Minister for Public Service and Administration. Most of the important work done in Parliament happens in committees. This is where MPs are supposed to conduct oversight over the department and entities within the Public Service and Administration Department. My job is to make sure that the department exercises its duties in an effective and accountable fashion, and to drive and rectify the many issues that plague the public service. The second main element of the job is constituency work. This is a vitally important task as it nurtures the link between voters and myself as their representative. Through this part of the job, I am able to drive issues in Parliament that directly affect voters in my constituency.

The DA will continue to hold the executive to account, fight for the economically excluded, and introduce legislation and policies that will create a prosperous nation.

My constituency is Stellenbosch. The team and I in Stellenbosch work with the community every week to ensure Neighbourhood Watches are well equipped, residents can access housing opportunities, and residents receive quick service delivery in cases like fixing potholes. Where appropriate, I also escalate local issues to the national level through Parliament.

As a result of the ANC’s policy of cadre deployment and the blurring of the line between the party and the state, Parliament is failing in its duty to hold the executive accountable. The ANC uses its majority in Parliament to protect and empower the executive as it steals from citizens and fails to build a prosperous South Africa. It is also nothing more than a rubber stamp for approving the executive’s legislative proposals.

Whatever we do, South Africa must never sacrifice the proportionality of its electoral system. A great strength of our current system is that it results in almost perfect proportionality at all levels of government, ensuring that no voices are excluded. But a key weakness at the national and provincial levels is that there is no direct voting for MPs and MPLs. In my view, it would be sensible to in some ways replicate the municipal electoral system - which combines proportionality with direct election of some representatives - at the national and provincial levels in a mixed-member proportional system similar to the German system.

Parliament needs to become a venue for the exchange of ideas that result in creating a more prosperous nation. Citizens will not respect parliament for as long as it does not serve their needs and improve their lives.

The Democratic Alliance is the only party that is fighting to build a capable state that provides fair opportunities in an economy where every citizen can prosper.