"People should not just fold their arms and keep quiet. The people elected the government and the interest of the people must be prioritised." 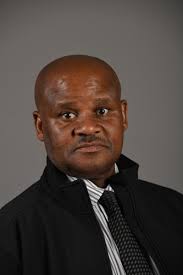 Originally, I used to be a member of the African Independent Congress before I ever knew about the ANC. I was born in 1958 and in 1987, I had to convene some of the people from the ANC, particularly those working for Comrade Nkondlo Siza. A Comrade from the ANC approached me to enrol one of theirs (Zandile) in Grade 12 in the secondary school where I was a Principal. I agreed to the proposal. Unfortunately, the police became aware of the situation and arrested me in 1987. However, they released me within a few days because they didn't have enough evidence against me. I began active political involvement in the 1990s when we established several branches of AIC in Matatiele. I became the Chairperson of the branch in Lou Pingo Branch because I worked in a School in Lou Pingo. Later on, I had to leave and join the ANC branch in Matatiele, under the leadership of Comrade Mantla Galo. We worked together to create 14 ANC branches in Matatiele. Unfortunately, we had to establish the AIC in 2005 because we were not satisfied with what the ANC was doing. The ANC became very undemocratic. We addressed our concerns with ANC's leadership but they took them for granted. The people of Matatiele wanted the region to be incorporated within the KwaZulu-Natal Province but the ANC went ahead to incorporate the region into the Eastern Cape against the wish of the people. The incorporation of Matatiele into Eastern Cape was not the ultimate reason we left the ANC. It was just the immediate reason because the ANC no longer listens to the wishes of the people. We left the ANC because the organisation became very undemocratic. In 2006, I was one of the people that tried to get some Members to contest the local elections in Matatiele Local Municipality and we managed to win 10 seats. I was the Deputy President and Comrade Mantla Galo was the President. We contested the provincial elections in 2009 and we won a seat in the Eastern Cape Provincial Legislature. We nominated Comrade to represent us as Member of the Provincial Parliament in the EC Provincial Legislature. We decided to go national in 2011 and we won three seats in the national Parliament. Unfortunately, we lost one of the three seats in the last national elections. Surprisingly, the seat we lost was in the Eastern Cape Province. We are currently working to grow the party and we believe we will win more seats in the coming local government elections. The party is working to resolve all its internal issues and hopes to cement all the cracks that weakened it. The AIC is a party that listen to the people, identifies with their challenges and tries to provide solutions to the challenges.

I do enjoy my work as an MP because the job gives me the opportunity to hear the views of the people and what they are saying. We take their concerns to Parliament and hold extensive discussions in the form of debates, motions and Member statements. I do enjoy my work because I know exactly what the people want and we create awareness in Parliament to provide solutions to the challenges.

We really want things to go according to our manifesto. We prioritise effective service delivery to the people. People need basic services like water, electricity and infrastructure, among others. We want to be part of those that ensure that communities get the basic services they deserve.

The biggest obstacle is the limited budget allocated to Parliament. Parliament does not have enough resources to effectively implement all its programmes. Further, smaller parties do not have enough money to do their constituency work. So they should increase the budget allocated to the Parliament and they should allow us to do our oversight, not only as committees but also individual Members. Individual Members can also conduct oversight. The biggest parties get the largest chunk of the budget because the money is allocated per seat. This system does not favour smaller parties.

My constituency office is in Gauteng, Ghandi Square. I have two people working with me in my constituency- a coordinator and administrator. They help to organise my programme and meetings. They tell me various matters that people bring to them and we try to provide solutions to the challenges in the best way possible.

7. Are you happy with the proportional representation system or are you in favor of electoral reform?

I am very unhappy with how the proportional representation system is being abused, especially in terms of time allocation in Committee meetings. For instance, they allocate three minutes for us to say whatever we have to say, whereas bigger parties like ANC and the DA are given 20 and 15 minutes respectively, to discuss the same matter. It shouldn't go like that. The time should be allocated on an equal basis and not in terms of seats in Parliament. The current system that gives preference to bigger parties is unfair. Members from smaller parties should be given more time to express views. I think we should change the current system such that the people on the ground should be allowed to elect their MPs. I prefer the mixed-system where 50% of the MPs are elected by the party and the other 50% is elected by the people. When people vote for the party, they don't really know the people on the party's list. Most of the time, the candidates on the party list are criminals. So a 50:50 hybrid system would be better for our country just like how it is with local government elections. We believe the President should be elected by the people. This enhances loyalty and accountability to the people instead of the party. It was shocking when former President Jacob Zuma said the ANC comes before the country.

Parliament should encourage people from far and near to participate in sittings and plenary sessions. People, especially from remote areas, cannot come to the Parliament on their own. So Parliament should assist them to come and see what happens in their Parliament. This will enhance citizens' participation in Parliament. I'm very passionate about assisting communities and this view is supported by our party's ideology, which is African Humanism. This ideology prioritises assistance to the people. Africans like to share but this culture is fast disappearing. Therefore, we need to consciously decide to assist the needy so that we don't have a lot of people being pushed to begging on the road.

9. What is your message to South Africa?

We encourage people to participate in the governance of the country. They should try to get Parliament to implement good programmes that will better their lives. Manifestos of the various political parties must be implemented to better people’s lives of. People should not just fold their arms and keep quiet. The people elected the government and the interest of the people must be prioritised.