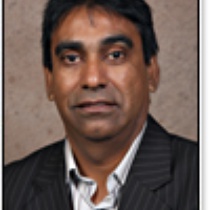 Royith Bhoola is a Member of Parliament who represents the Minority Front (MF). The 49-year old was born in Pietermartizburg, Kwazulu-Natal. He served as a councillor in the Umdoni Municipality before becoming a Member of the National Parliament in 2004.

Political Background: I was introduced to politics by Mr Amirchand “The Tiger” Rajbansi in 2000. I am a businessman with a commerce qualification, as well as business administration from what was then known as the Supreme Commercial College. I have a high level of business acumen and remained in business for a number of years, but was also involved in the promotion of arts and culture and with child welfare organisations. My involvement with politics is owed to my being involved with organisations outside of business. The breakthrough in politics came after hosting a very big sporting event. At that function, the late Tiger introduced himself to me. He felt I had what it took to bring people together and deal with critical issues concerning people. He proposed that I get involved. I joined the MF in 1999 and was elected as a Councillor in 2000 in the Umdoni Municipality. I served at the municipality up until 2004. After two years as a PR councillor, Mr Rajbansi was very satisfied with my performance. I had been able to bring a number of projects to my area, such as building a community hall. I was then elevated to the National Parliament in 2004. I currently serve on the Human Settlements and Social Development Portfolio Committees and am an alternate Member on the Basic Education Portfolio Committee. I also attained the Parliament’s leadership programme in politics.

Highlights of my constituency work: I am not a Member of Parliament representing a particular constituency. I represent all South Africans. But I particularly represent the Indian community under the banner of the Minority Front, and they are largely to be found in KZN. But, the Minority Front has also made inroads in African communities. The party recently appointed a Zulu councillor, Lucky Khanyile – we do not discriminate against race, colour and creed. A highlight was having the President, Mr Jacob Zuma, acknowledge the Minority Front as a reservoir of ideas. South Africa should learn from other third world countries, like India. The MF was also recognised by India and received an NRI award.

Highlights of Parliament: As an MP, I am involved in the promulgation of legislation, holding the executive accountable, serving as the eyes and hawk on oversight for Parliament and representing the voice, dreams and aspirations of constituencies. One has to make an input in the various Portfolio Committees. An MP needs to work hard and ensure sustainable changes. Parliamentary work is about the changing times; it is about legislation and ensuring that people on the grassroots level understand Parliament.

The strength of Parliament is to ensure that the playing fields are levelled in terms of job opportunities; and employment equity. Parliament should strive to entrench the spirit of multi- party democracy.

I am passionate about minorities. Any country’s success in the world is measured by how majorities treat minorities. SA will continue to advance and articulate in Parliament that there has to be a fully-fledged ministry to protect the concerns of minority rights. I believe that we must continue to build a non-racial country to enhance service delivery for all who live in it. I am passionate about ensuring that there is a fully-fledged ministry for the protection of minority rights, keeping in line with the international laws of minorities.

My message is that the fragrance of a flower will only blow in the direction of the wind. As true citizens of the world, the good that we do for humanity will blow to all directions. Members of Parliament should continue to represent South Africans with honesty, integrity and hard work. Racial exclusions and affirmative action policies serve as a negative impediment to deliver a better life for all. These policies must be thrown out of the window. Like a flower; the fragrance only spreads in the direction the wind blows but service to humanity will spread in all directions.