"I think Covid-19 really showed how Parliament oversight was neglected and made to be a spectator instead of holding the Executive to account." 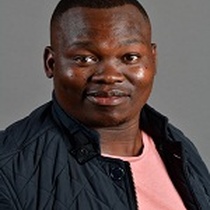 I come from an academic background rather than a political one. I was a junior lecturer in Public Management and Governance at the North West University – Potchefstroom Campus from 2014 until 2017. In June 2017 I joined the Democratic Alliance as their Provincial Campaign Director in the North West. Joining the DA as an administrative staff was my first active role on politics. Though I was involved in the theoretical teaching of government and politics, I always knew that I wanted to participate actively in Politics.

The fundamental challenge was always which political party to join. But as someone who is pragmatic and believes in track records, I knew that by reading about the history of the Democratic Alliance from its early formation as the Progressive Party back in the late 1950s, I knew that this was the party for me. I would be naïve not to indicate that the election of Mmusi Maimane was a further contributory factor.

I applied like any other DA member in the North West to become and MP or MPL with my first choice having been the National Assembly. I went through a very rigorous selection process put in place by the party and I was fortunate to be ranked amongst the top 5 candidates in my home province of the North West.

I realised within the first 6 months of being an MP how much of a privileged position I hold. Being one of only 400 South Africans from different political parties representing different constituencies, I sit as a third member in the department of Transport, which happens to be the economic driver and one of the biggest department in South Africa.

I get to be part of a select few South Africans who has an opportunity to influence policy within the transport sector. I get to hold the department of transport, its entities and subsidiaries accountable on behalf of millions of South Africans affected by transport on a daily basis. My role is to also to contribute towards the policy direction of my party as it relates to Department of Transport. I also have to attend all portfolio committee meetings to the best of my ability, keeping in mind circumstances, be it political or personal, that often hampers our ability to attend to all portfolio committee related matters.

What I enjoy most about being an MP is being able to represent the interests and needs of the poorest of the poor in our communities, more so in my assigned Constituency of Greater Taung Local Municipality in the North West. Being able to travel across the country to witness some of the work that is being done by the department of transport and its entities. Being able to hold those responsible for the hard earned tax payers in our country to account. It's the smallest things that also count. Being able to exchange ideas with even those South Africans belonging to different political parties. I think at the end of the day, we all want the best for our country.

What do you foresee as the biggest challenge that the Sixth Parliament faces?

I think for me, Bills such as the NHI and the Expropriation Bill will be the most challenging for the Sixth Parliament. The Democratic Alliance has already put out its position on these Bills and it is something that I align with fully. But equally, how will the sixth parliament deal with the blooded South African public service. Will the Sixth Parliament support the DA's "End Cadre Deployment Bill"? This is something that I also look forward to.

But, it will also be interesting to see how both the National Assembly and National Council of Provinces will deal with provinces and municipalities that are failing in both their executive authority and financial obligations.

I have been assigned the Constituency of Greater Taung Local Municipality in the Ruth Segomotsi Mompati District Municipality, North West Province. This is one of the rural constituencies / municipalities in the province wherein it is challenging to travel to and from. I am based in Potchefstroom and my constituency is about 330 km away from home. But, it is something that I enjoy doing as an MP.

Thus far, I have been able to raise quite a number of issues within the constituency, these include the submission of two petitions which have already served before different portfolio committees in Parliament. We have been able to get a primary school in one of the rural villages called Mothanthanyaneng get new ablution facilities after using maggot infested pit-toilets for years.

One of the petitions submitted to Parliament led to the reopening of a middle school as a primary school in the 2021 academic year, after having been closed for almost 5 years.

Other issues relate to writing to the Municipal Manager and Mayor of said Municipality on the poor delivery of services including the allocation of EPWP job opportunities. We currently have two petitions on the ground and a number of other issues relating to road infrastructure that we are busy with.

I think Covid-19 really showed how Parliament oversight was neglected and made to be a spectator instead of holding the Executive to account. As the Democratic Alliance we understood what the role of Parliament needed to be when faced with a pandemic. This is why we requested that an Ad-hoc Committee be established, consisting of all political parties in in order to hold the Corona Command Council and in particular the Disaster Management Act to account.

It is frustrating because the Executive almost always get away with not accounting to Parliament through all available means as they even give half baked responses or don't respond to written questions, even when obligated to do so by the rules of Parliament.

I think we are working towards a coalition government where no one party will have majority over others. In this way, we will have different parties in the Executive.

I think South Africans need less politicians and more leaders. It is my humble submission that the reign of the ANC over the past 27 years has left millions of South Africans uninterested in anything that has to do with politics or Parliament for that matter.

These are South Africans who believe that MPs are just in Parliament to enrich themselves. Parliament can only improve if our basic education curriculum became civic based as opposed to the current curriculum. We have to introduce subjects that teach our children at an early age about the law making process in our country and why this is imperative. We need to build active structures in our Municipalities that teach young people about Public Participation.

Ward committees and other community based structures are used as partisan structures. I remember the days of Love life where such information was always available. We need to build that debate culture in schools where research is encouraged because in this way, there will be a constant flow of information.

I am passionate about seeing South Africans flourish in all that they do. Whether you are a DJ, a musician, an entrepreneur, a soccer player, a singer etc. I just love good stories about South Africans doing "the most" as they say on these streets.

I am passionate about being able to impart knowledge. I strongly believe that my sole purpose in life is to change people's lives. That is why I travel the country the way that I do. It gives me a sense of what it is that our people need and how I can represent them in positions of power so as change their lives for the better.

I accept that I will not always know everything and that networking and being able to learn from others is a must in this career.

What is your message to South Africans?

South Africa can work. We need to embrace our diversity whilst acknowledging our history. There is strength in difference. I love the former saying of the North West University - "Innovation Through Diversity". We can build a united and non-racial South Africa. South Africans must be able to distinguish between a politician and a leader. We need more leaders. We have a lot of politicians already.