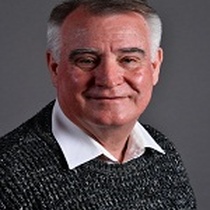 I moved down to Mossel Bay after I left the SA Police Service at the end of August 2010. I held the rank of Major General. During the Local Government Elections (2011), I assisted the DA in Mossel Bay with their campaign and was later elected as the Ward Chairperson for Ward 10 Mossel Bay.

In Parliament, we as MPs represent the people of this country. We are responsible for lawmaking and oversight, keeping the Executive to account and are also responsible for our constituencies allocated to us individually.

I am a very proud DA representative. We in the DA aspire to build "One South Africa for All”- an open opportunity society where everybody enjoys real freedom and all the benefits of this country.

Parliament is a very important institution. We must observe and uphold its dignity and encourage robust debate.

I have served the party in many constituencies. Currently, I am responsible for Prince Albert. Job creation is our number one priority.

The opposition is trying its best. However, Cabinet Ministers are not always informed.

The current system is best under the prevailing circumstances in South Africa.

MPs must try to focus on issues that are best for citizens of this country.