"I'm a product of the struggles of the toiling masses of our people. I was nominated by branches of the ANC to be on the National list to parliament" 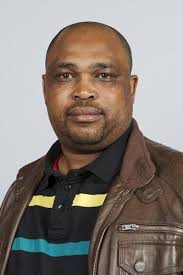 I'm a product of the student movement, who graduated to the trade union movement. My last position being the Cosatu KZN Provincial secretary. I've been an SACP PEC,PWC and Deputy Provincial Secretary. I've also served as a PEC and PWC member of the ANC in KZN. I'm a product of the struggles of the toiling masses of our people. I was nominated by branches of the ANC to be on the National list to parliament

The primary responsibility of an MP is law making, holding the executive to account and representing the interests of our people. It's not about enjoying being an MP but a commitment to serve, I can say without doubt that if it was about enjoying then I would have stayed with workers in COSATU. There's a lot of mistrust surrounding Parliamentarians and we continue to strive trying to prove the contrary.

Well, I have no aspirations of my own except those of my organisation. Those are clearly and well articulated in the ANC manifesto, the Resolutions of the Conference as well as the NDP.

Surely it is the budget, staffing and programming. Parliament must determine its own budget not be dependent on the executive that is expected to exercise oversight. We should also reorganise programming to have less plenary sessions and more committee meetings and oversight.

Howick, with more focus on community challenges and assist in government programmes.

Most definitely, but the challenge is capacity both administratively and financially.

I think a mixed electoral systems could work and complement each other.

What can be done to get citizens more interested/ involved in Parliament? Is this an area where Parliament can improve and if so, what recommendations do you have? What are you passionate about? This applies both in political/ professional arena as well as personally? There has to be more mass mobilisation work in the same way as during electioneering. We need to ensure that we build an activist Parliament.

What is your message to South Africa? South Africans must claim their parliament and continue to demand accountability.