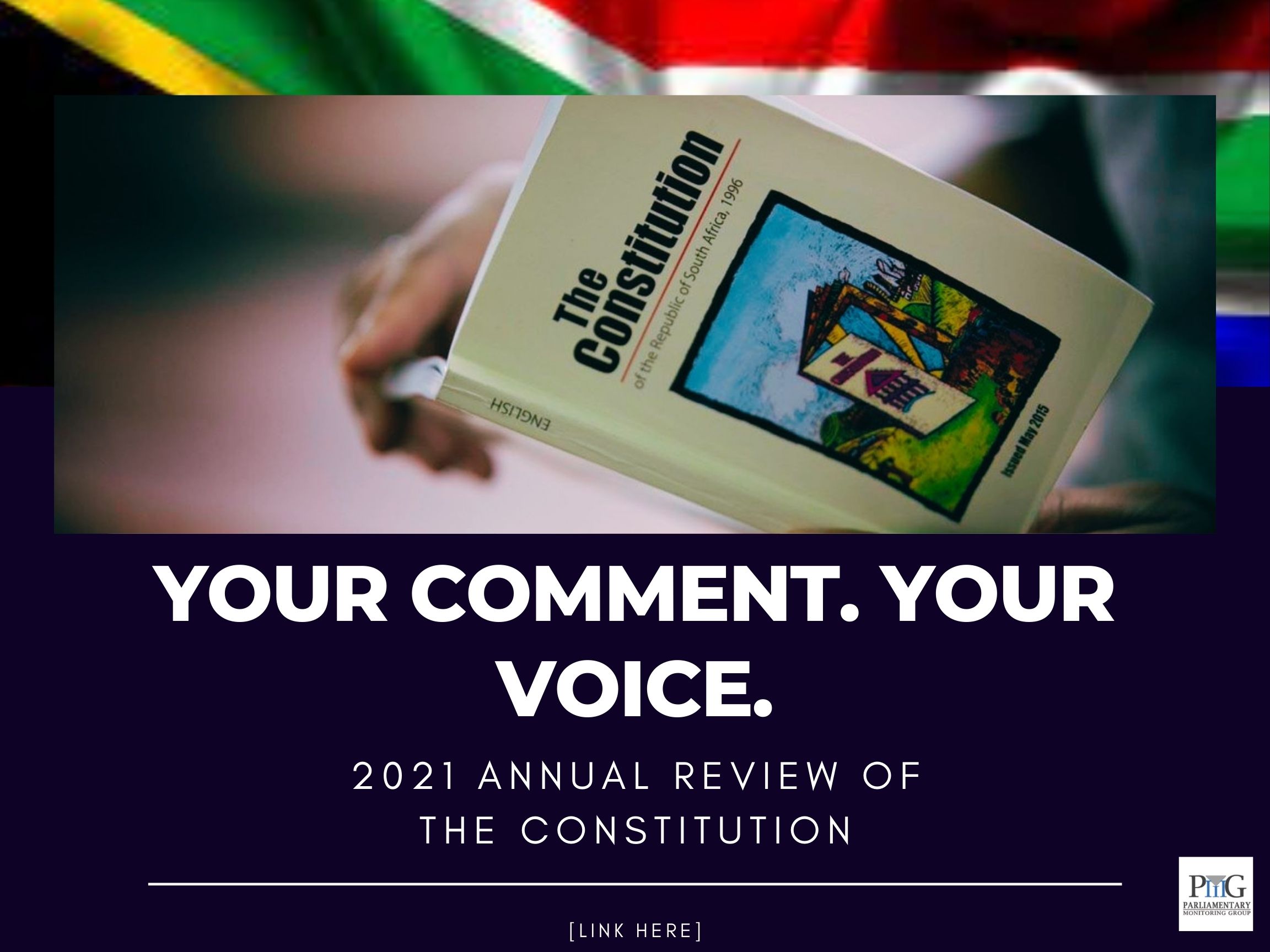 Every year (excluding an election year), Parliament’s Joint Constitutional Review Committee must review the Constitution and report to the National Assembly and the National Council of Provinces.

During deliberations on the 2020 public submissions, the Committee identified two issues: Many confused the process to amend section 25 of the constitution (which is ongoing and separate), with the annual review process Many of the submissions fell outside the mandate of the Committee.

What do you want the public to know about the part they play in the annual review of the Constitution?

The annual review of the Constitution provides ordinary citizens with the opportunity to make a meaningful contribution to improving our Constitution and shaping our young democracy. The Constitution must remain a dynamic document that adapts to the changing needs of our times.

What would be most useful for the committee when it comes to public submissions?

Submissions that are focused on specific sections of the Constitution and which highlight issues that need attention will be the most useful to the committee. It is important when making submissions to indicate the weaknesses of particular provisions and to make reference to the values and rights contained in the Constitution to show why they need to be changed in order to live up to its vision.

In your view, what is most likely to make the annual review process most fruitful?

In my view, a more decentralised process, involving provincial legislatures would be more fruitful than having a Parliament-only process which is less accessible to ordinary people. The joint committee should consider a longer-term process which would allow for public hearings and for submissions to be made over an extended period of time, enhancing the diversity and quality of submissions received. The committee might also do well in raising more awareness about this important constitutional process.

Also, take some time to fill in our survey on the Annual Constitutional Review process.

We want to hear what you have to say about the Constitution, 25 years later since its adoption.

Do you think that the Annual Constitutional Review is a useful process in strengthening our Constitution and safeguarding our democracy? Let’s hear your voice!