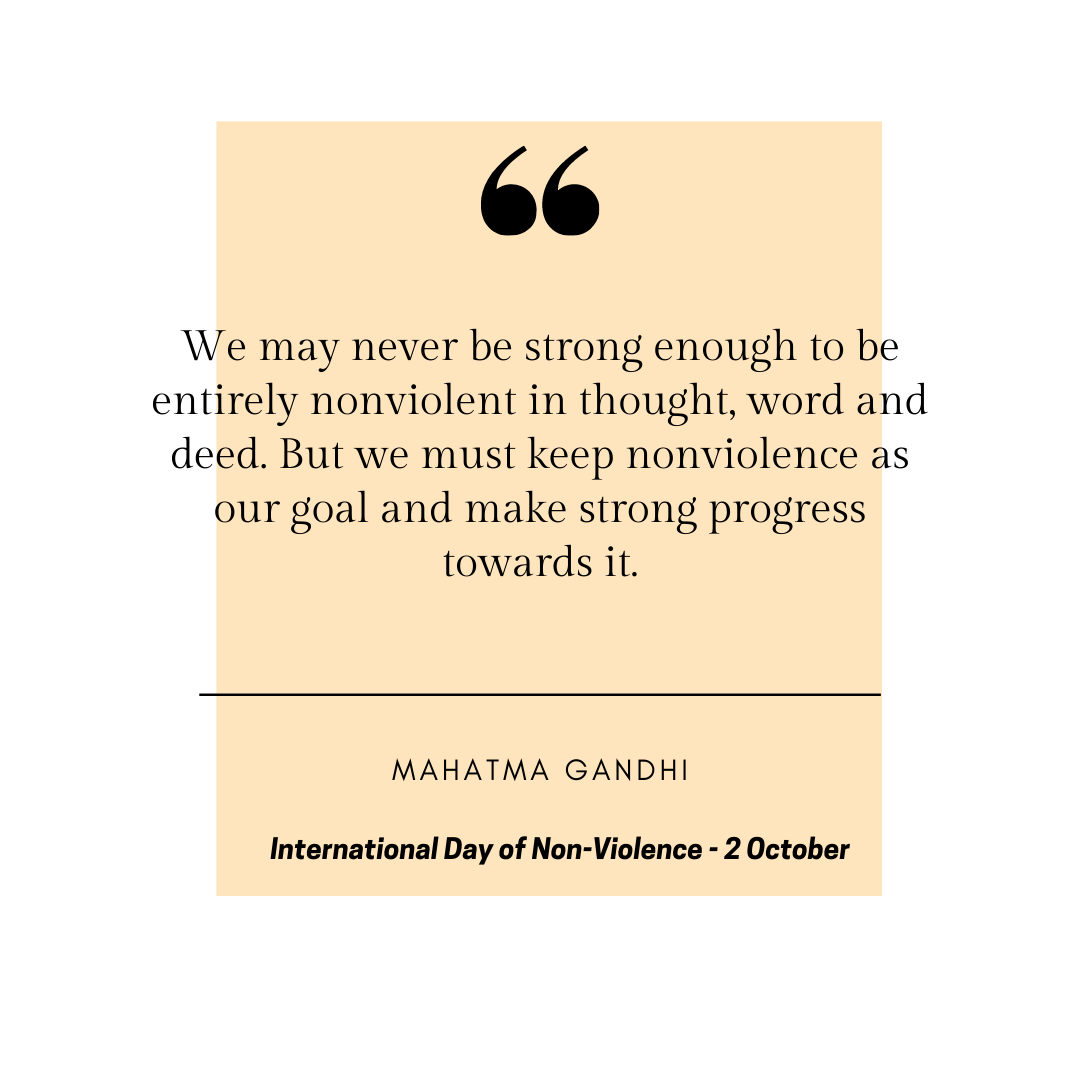 The United Nations recognises the 2nd of October as the International Day of Non-Violence. It is also the birthday of Mahatma Gandhi, leader of the Indian independence movement and pioneer of the philosophy and strategy of non-violence.

On the 15th of July 2020, during an announcement on the easing of Covid-19 lockdown restrictions, President Cyril Ramaphosa declared Gender Based Violence (GBV) and Femicide as the second pandemic to hit South Africa. This came after twenty one women were brutally killed by men.

On the 19th of August 2020 Minister of Justice and Correctional Services, Ronald Lamola introduced three bills to the National Assembly that would respond to GBV and femicide. These bills were the Criminal Law (Sexual Offences) Amendment Act ; Domestic Violence A/B and the Criminal and Related Matters, and Parliament has made a call for comments on the bills, with the deadline set for the 9th of October.

To help us recognise the International Day of Non-Violence, Member of Parliament (MP) in the National Assembly and member in the Portfolio Committee on Justice and Correctional Services, Yoliswa Nomampondomise Yako (EFF), will help us understand what this day should mean for South Africans, and her account on the GBV bills currently in Parliament. You can view the bills here. 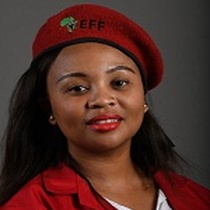 South Africa has a big problem with violence. What do you think causes people to respond violently?

I believe South Africa has a wide conglomeration of issues which have led to the social issues we are currently facing as a country right now. The truth is that people are poor, young people have no opportunities for jobs. The provision of basic services such as public health and basic education are in deep decline. Housing and basic sanitation remain luxuries, instead of basic services deserving of human dignity. We have normalised corruption as well as violence, and our police and judicial system remain inept in acting on heavy crimes, rape, and even the provision of basic goods such as rape test kidts in police stations. Therefore violence is not met with the impunity it deserves, violence in this country is not acted on, and victims of violence are not afforded the dignity of justice.

The President Cyril Ramaphosa has declared GBV and femicide as the second pandemic in South Africa, how did you react to this declaration?

It is all well and good to declare this a pandemic, which by the way is accelerating at great heights, and mostly unreported. However, what has the President and his cabinet actively done in curbing the scurge of GBV, in assisting survivors of GBV, rape and all forms of abuse against women and children via the judiciary, health and police services?

Do you think that the three GBV bills in their current draft form will respond significantly to the reduction of GBV and femicide? For instance, how do these three bills protect blind women and children who cannot identify their perpetrators?

I believe there is a lot that still needs to be done. We need to consult actual victims and structures that protect women with disabilities, children and victims of GBV in order to make sure the police are held accountable for their inability in coming on board from when cases are reported, to test kits, to protection of their rights, right up to the judicial system in sentencing and making GBV perpetrators receive the harshest possible sentences.

What is your message to South African with regards to International Day of Non-Violence and efforts the Portfolio Committee on Justice and Correctional Services are doing to reduce violence in South Africa?

Lawmakers, and law enforcement structures must understand that just by putting legislation in place, does not absolve us from ensuring that such legislation is enforced. We need to be harsh as a country on concequence management, as well as prioritising GBV, not as a political tool, but as a social issue, that is fast becoming uncontrollable due to the blatant disregard for women, the queer community, as well as children. GBV is not a slogan but a real account for most women who live in fear of their husbands, brothers, uncles, and people they know. The different forms of violence that exist, need to be treated with urgency and with the harshest possible consequences for perpetrators.