"South Africans by nature have a very high tolerance for corruption and poor governance. The day that this changes is the day that we will start building a more prosperous future for our children." 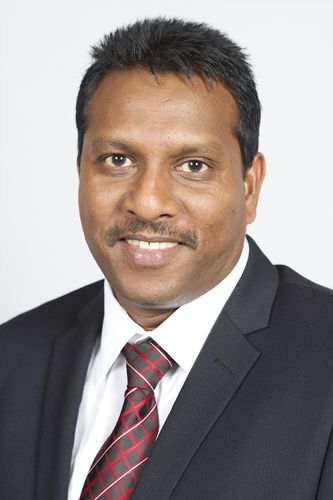 I entered public office in the late 90s as a Councillor in the eThekwini Municipality, where I served on the Executive Committee for a few years. I was later elected as the Secretary-General of the Independent Democrats, which eventually combined its efforts with the DA in 2011. I was elected as an MP in the National Assembly in 2007.

One of the most satisfying parts of the job is assisting people with real-life problems that they experience with government departments. For example, assisting people who are struggling to resolve an outstanding ID application with Home Affairs or wishing to raise a weakness regarding service delivery in a particular municipality.

One of our major concerns, as the DA, is the growing rate of unemployment (especially amongst young people) and the declining state of our economy. These two issues are directly related to each other and this is an area of focus (amongst others) that the DA takes seriously. We have tabled a series of interventions that can be implemented in the short term to arrest the declining state of our economy. Our difficulty is, as always, getting the governing party to listen and see the merit in these interventions. If South Africa does not turn the corner for the better very soon, we will find ourselves in a situation that will take many years to reverse.

Over the years, I have noticed how some MPs from the governing party behave as if they are there to represent their Ministers and in the process defend the wrong that gets done by some Ministers. An MP's main responsibility, regardless of which party they represent, is to hold the Executive accountable and conduct effective oversight. Unfortunately, the loyalty to their political organizations often takes precedence over their core functions as MPs.

I have been allocated a Constituency in North Durban, which covers the areas of Phoenix, Tongaat and Verulam. My most recent constituency work involves engaging the eThekwini Municipality to attend to scores of sewer leakages and overflows that have been lying unattended for weeks on end. Many attempts by Councillors to get the department to attend to these simple problems were being ignored. I then met with the Head of the Department and threatened to take the matters to Parliament if they were not resolved with urgency. Fortunately, this was not necessary as the interventions I made yielded some positive results.

No, this is definitely an area that Parliament can do better at. For example, during questions to Ministers, hardly any of them even bother to attend and are usually absent for very trivial reasons. The Speaker of Parliament does not seem to take this matter as seriously as she should. Although we have been raising this in the House for years, very little is being done about it. For this reason, Ministers don’t take these oversight mechanisms seriously.

I think that there are positives and negatives for both systems. The advantage of the proportional representation system is that it allows for even the smallest party to achieve representation in Parliament. The downside of this is that elected MPs become more accountable to their political parties rather than the electorate. On the other hand, it is also quite dangerous to have an entirely direct representation because perverse incentives could be used to ensure that some people get elected. The temptation to rely on big donors for individual campaign funds could result in successful MPs being “captured” to drive other agendas. Perhaps the solution lies in a hybrid system where there is a combination of both systems, much like we have at the local government level.

What can be done to get citizens more interested/ involved in Parliament? Is this an area where Parliament can improve and if so, what recommendations do you have? What are you passionate about? This applies both in the political/ professional arena as well as personally?

We must accept that more people today have access to information about what goes on in Parliament. This is largely due to the live broadcasts of parliamentary sessions. However, it is only those who have access to expensive satellite TV that are able to access this service. Parliament should, therefore, explore other options where more people can gain access to live broadcasts. Another area of weakness is the poor publicity around public consultation processes when Bills are published for public comment. The number of responses received is often very low. In some cases, under 20 or even less. Parliament should, therefore, place more emphasis on ensuring that more citizens become aware of laws that are being proposed and people should be given more opportunities to submit comments.

My message to South Africans is: never give up hope. We have the most beautiful country in the world with opportunities like no other country. Sadly, we always seem to see the bad and not the positives. For those who travel out of the country, experience just how fortunate we are. With all our problems, South Africa remains the best. If we can overcome the evil apartheid system, we can overcome anything. But for us to make progress and make our country a better place, we must get involved, raise our voices when our elected leaders steal our hard-earned money and participate actively in elections. Political parties that do not deliver on their promises should never enjoy the benefit of votes and support of citizens. We can change the direction of our country for the better if we stand up together against all forms of poor governance, corruption and maladministration. South Africans by nature have a very high tolerance for corruption and poor governance. The day that this changes is the day that we will start building a more prosperous future for our children.